The American Civil Liberties Union (ACLU) is suing officials in Horn Lake, Mississippi after applicants planning the city’s first mosque were denied due to “majority rules.” The lawsuit was filed against the City of Horn Lake, its Board of Aldermen and its Planning Commission.

The accusations levied against the city are weighted, as the advocacy group said comments from one alderman “ominously warned, ‘if you let them build it, they will come.’”

The lawsuit comes in the wake of a denial to approve the site plan for the Abraham House of God earlier in the year. According to the ACLU, the application was denied despite the property being zoned specifically for religious houses of worship and the city staff having found the application met or exceeded requirements.

“There are 13 churches in Horn Lake, Mississippi. But there are no mosques, and there never will be if city officials get their way,” reads the announcement from the ACLU. “This type of bigotry has no place in our government.”

The crux of the lawsuit hinges on the applicants' First Amendment rights as well as and the Religious Land Use and Institutionalized Persons Act, designed to offer legal protections for places of worship with respect to local zoning applications, notes the ACLU.

The ACLU of Mississippi and the law firm Simpson Thacher & Bartlett LLP are also helping represent plaintiffs Maher Abuirshaid and Riyadh Elkhayyat in the federal lawsuit. The clients have been traveling to Tennessee to worship at a neighboring mosque approximately 35 to 40 minutes away, notes the group. 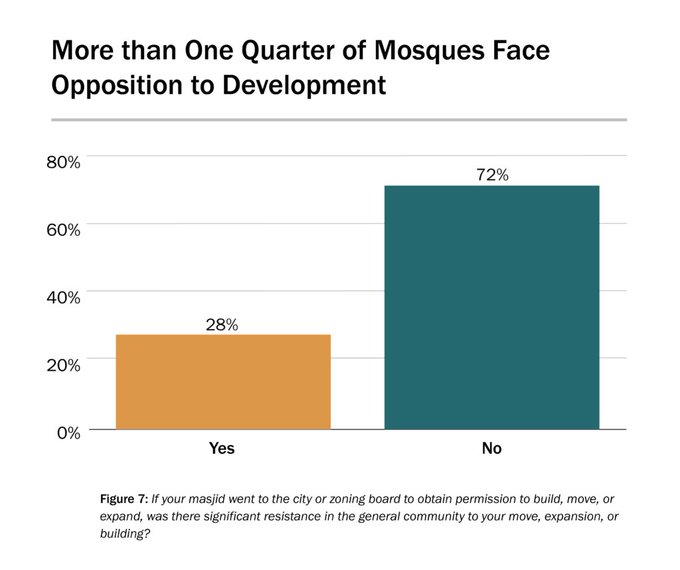 "More than a quarter of mosques met resistance by the city zoning board or the neighborhood when the mosque has to seek permission to build, move, or expand. In their comments, most mosque leaders mentioned that most of the resistance came from the neighborhood. #mosquesurvey"

Meeting minutes from the Feb. 22, 2021 meeting of the city’s planning commission illustrate the opposition to the application.

Among some of the concerns raised during the public comment period include increased traffic from the development, fears the expansion will include taking private land, a lack of compatibility with the city’s Comprehensive Plan, the potential for loudspeakers to blast prayers at 3 a.m. and concerns the mosque will “dry up” business.

The ACLU has been involved in a number of cases involving planning and zoning issues associated with local mosques. In May, the advocacy group said it believes practical considerations like traffic, noise and parking are often used to mask “anti-Muslim sentiment.”

At one point during the meeting, the record shows at least one commissioner urged the board to deny the application with a more specific rationale than was ultimately landed upon, but that request was ignored.

“Being no more speakers, [Commissioner Larry Ray] makes a motion to deny the application based on ‘majority rules,’” reads the February minutes.

“Chairman Klein points out that perhaps safety of the community regarding traffic should be the reason for denial, but [Commissioner] Ray does not amend his motion. Commissioner Englke seconds. The motion to deny passed unanimously.”

A copy of the lawsuit is available here.